It’s that simple:
KLM encouraged people in Amsterdam to high five strangers in New York for a chance to win flights.
Nice use of technology for marketing.﻿ 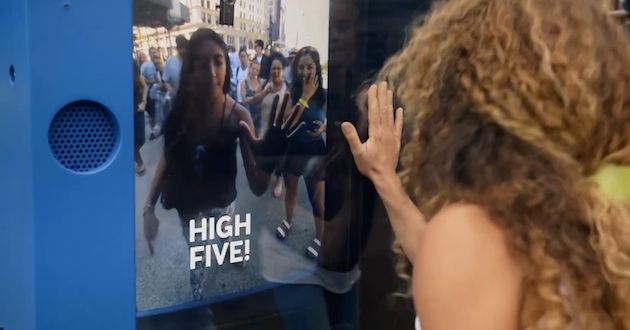 Note: no touch-screens were hurt during this campaign!