Back in 1995!
The world was raving for Friends sitcom and Windows 95 has just been released. 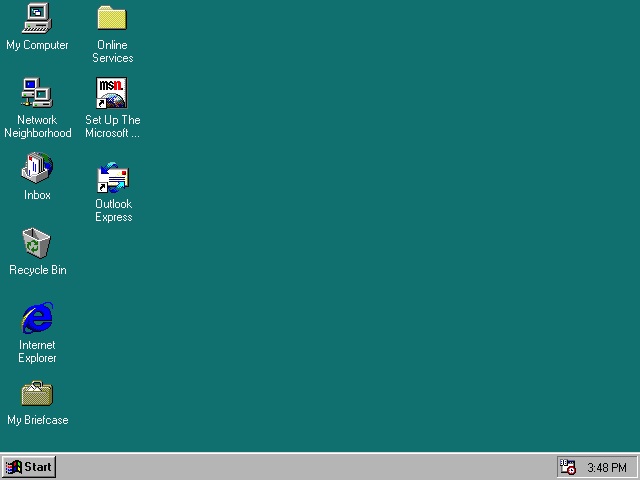 Someone thought it was a good idea to put Hollywood stars Jennifer Aniston and Matthew Perry in this video acting like themselves trying to meet Bill Gates in his office.
They miss Bill but get her assistant and meet Windows 95 world – and learn (and supposedly teach us) how to use ‘modern‘ computers along.

Well, it looks like it wasn’t a good idea and this video guide went too far but it’s still amazing and funny.
Although Windows 95 was actually a great leap for desktop OSes, this kind of ‘educational sitcom’ tried to attract (then) youngsters with popular stars – but failed in several ways.
A good attempt that doesn’t really teach Windows and, as far as I can recall, wasn’t so appealing to the intended audience.

By the way, check the VGA-sized monitor used to show Windows 95 features 😉 .

This entry was posted in Marketing, Microsoft, Technology, Tutorial, TV Series, Video, Windows, Youtube and tagged Friends, Jennifer Aniston, Microsoft, video guide, Windows 95. Bookmark the permalink.
We use cookies to ensure that we give you the best experience on our website. If you continue to use this site we will assume that you are happy with it. - Questo sito utilizza dei cookie che ci aiutano ad erogare i servizi. Continuando la navigazione l’utente accetta le nostre modalità d’uso dei cookie stessi.OkRead more