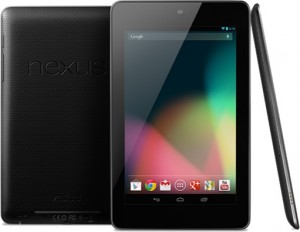 Google just announced the brand new Nexus 7: an Android tablet which will face fierce competition from both Android-alikes and iOS-newcomers (iPad-mini?).

Here are some features:

The Nexus 7 may be just one month ahead of the much-hyped iPad Mini (or whatever it will be called), and gets delivered in a moment when, given the recent Apple-vs-Samsung Court Ruling, mobile OSes and tablet wars are really hot.

This is not the first foray into hardware world for Google, as I wrote in May 2011 when the Google Chrome Notebook was first released but it’s the very first in a mobile-crowded arena where competition gets more aggressive with each product release.