Dave Cutler: a social media job seeker – and a nice example of self-promotion 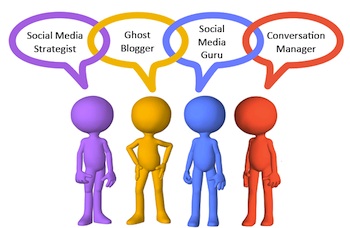 Cutler, 34, of Waltham, sees his efforts not only as a way to stand out, but also increase the odds – as often happens – that a chance meeting can lead to a job.

Cutler started his social media frenzy a year ago after getting laid off as a graphics production manager at a health care research firm in Burlington. Unemployment, he decided, was the right time to pursue a new field.

He enrolled in a weeklong “mini MBA’’ program in social media marketing at Rutgers University in New Jersey, and then immersed himself in Boston’s social media scene – going to networking events, reading articles, attending panels, and watching webinars about the latest developments in the field.

In a job market crowded with talented people, resumes and cover letters just don’t cut it anymore. As almost any recruiter, career coach, and human resources specialist will tell you, effective job searches have become marketing campaigns, and social media, as Cutler shows, provide the tools to promote the product: the job candidate.

Social media can increase the odds of getting noticed in the game of “resume roulette’’ that hiring managers play when sorting through endless job applications, said Art Papas, chief executive of the Boston recruitment software company Bullhorn. Employers, he added, are starting to shift their focus from job sites like Monster and CareerBuilder to sites like LinkedIn, Twitter, and Facebook.

“If you’re looking for a job, you’ve got to be serious about social media – it’s one of the best ways to cut through the clutter,’’ Pappas said. “Every company we work with, social media is top of their mind.’’

What I really like about Cutler’s way is that he promotes the successes of other social-media job seekers.
He blogged about a copywriter who used Google AdWords to create personalized job pitches to several New York creative directors; when they searched for their own names, the top result was a message from the copywriter.
He spent $6, made five ads, got four interviews, and landed a job.

Check his mobile app too!

One Response to Dave Cutler: a social media job seeker – and a nice example of self-promotion