August 23rd 2007: Chris Messina suggests the use of hash character just as in IRC in this tweet:

how do you feel about using # (pound) for groups. As in #barcamp [msg]?

It took quite a bit, but in the end hashtags (and the hash character) took over as a metadata tag, helping Twitter (and many others as well) grouping news, aggregating topics and so on.

I can’t remind the very first time I used a hashtag in any of my social profile… can you?

“The power is within your reach” says this 1982 TV Commercial introducing the Timex Sinclair 1000, that is Sinclair ZX81, to US computer users.

Actually, the TS1000 was the US-version of the well-known ZX81, which was selling hot in Europe.
Few changes were made to the ZX81 architecture: 2Kbytes of RAM instead of the standard 1K, NTSC video output instead of PAL and a below-the-case switch for TV-channel.
Besides these features, the two computers were almost identical and ran the very same software.

The $99 price tag was crucial to most users: the TS1000 was actually the very first fully working home computer to sell under $100.

This ignited a price war for US companies like Commodore – its VIC20 street price fell almost immediately, even though somehow related to the Commodore 64 introduction.
According to Timex, some 600,000 TS1000 units were sold in USA: quite a good achievement considering the minimal hardware (compared to other US computers) and the dreaded keyboard.

These are mine, just for comparison: as you can see, it’s almost the same unit. 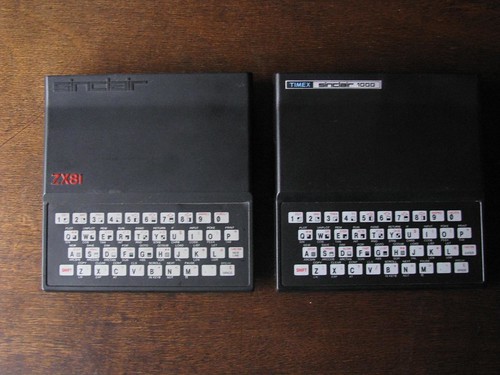 Fancy a ZX81 online emulator?
Here we are, just click this great Jtyone Online ZX81 Emulator and enjoy full browser-based ZX81 features – along with some games too.

One small step for man… but no escape from customs

On their way back to home on Earth on July 24, 1969, Armstrong, Aldrin and Collins could not escape customs.
It’s for real, even though it was a joke back then. Ever wondered why we’re using such a strange computer keyboard layout as the common QWERTY? 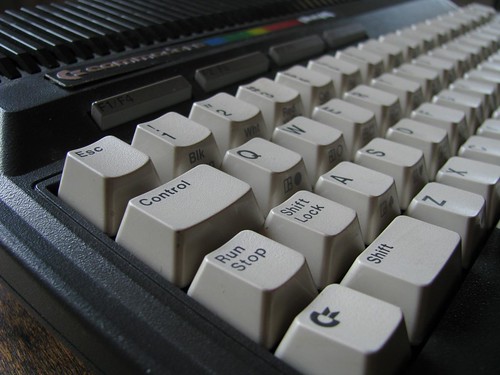 Look at this CNN Money video to get some clue:

More info on QWERTY here on Wikipedia; look here for more detailed info on QWERTY vs. Dvorak or any other fancy layout and a pretty interesting article on “Path dependence” – even on QWERTY keyboards. Available for free on iTunes for all Sinclair ZX-Spectrum fans!

Enter Zooids and build your own little Robot Army !!!

This paper introduces swarm user interfaces, a new class of human-computer interfaces comprised of many autonomous robots that handle both display and interaction. We describe the design of Zooids, an open-source open-hardware platform for developing tabletop swarm interfaces.

The platform consists of a collection of custom-designed wheeled micro robots each 2.6 cm in diameter, a radio base-station, a high-speed DLP structured light projector for optical tracking, and a software framework for application development and control.

The vintage alternative to Word Processor

Found this one on the ‘net, couldn’t resist…
It’s an awesome, vintage, alternative to modern Word Processor, don’t you agree? I recently came across a very interesting page in which John C. McCallum has collected a huge number of hard disk unit specs along with introduction year and price.
Beginning from 1956, with the 24″ IBM sporting a hefty 3.75 MBytes (!) the list goes through time and megabytes up to a 2016-compliant 8TB unit.

I’ve been writing in the past about how much storage has changed in the (recent) past, but is really overwhelming!

As an added feature, here comes a single hard disk platter from 1974 I’ve been recently given: as far as I’ve been able to investigate, it should be some 200 KBytes-per-side unit and the whole hard disk unit featured five of them – up to 2 Megabytes (!).
Measures 36 cm (diameter) and weighs in at 3 Kg… (around 1,18 ft and 6 pounds): you can look at the dwarfed Nokia E61 (which incidentally uses a 256 MB MicroSD)! This a not-so-tiny floptical disk I recently spotted at a vintage computer event (thanks to friend Ezio Bagnis): 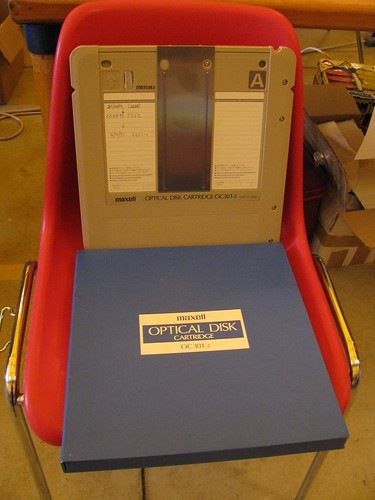 You can find the Hard disk original price table here.

“Computer chess”: a 2013 nerd movie about vintage computing – and more… I recently watched a 2013-movie: Computer Chess.
To my real shame, I missed it when it was released, some 3 years ago. It’s very compelling and well-made – and funny too; written and directed by Andrew Bujalski the movie it’s a celebration of the early computing age, nerds and chess-playing.

Lots of vintage computers are featured and you may spot your own favorite…
It’s a black-and-white only indie movie, it’s well worth its 92 minutes!

More details at FastCoCreate.
The movie is available on Amazon too in different formats.