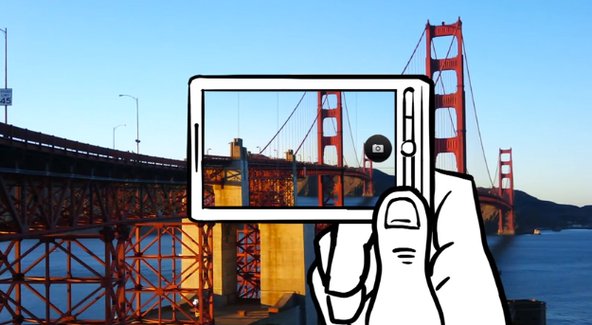 Google’s so-called “Terminator” glasses – they’re a pet project being developed at Google’s X laboratory, and will presumably place a computerized overlay on the real world.

An exciting detail from the New York Times — the sunglasses will be ready for sale by the end of 2012.

People who constantly reach into a pocket to check a smartphone for bits of information will soon have another option: a pair of Google-made glasses that will be able to stream information to the wearer’s eyeballs in real time.

According to several Google employees familiar with the project who asked not to be named, the glasses will go on sale to the public by the end of the year. These people said they are expected “to cost around the price of current smartphones,” or $250 to $600.

The people familiar with the Google glasses said they would be Android-based, and will include a small screen that will sit a few inches from someone’s eye. They will also have a 3G or 4G data connection and a number of sensors including motion and GPS.

They will also have a unique navigation system. “The navigation system currently used is a head tilting to scroll and click,” Mr. Weintraub wrote this month. “We are told it is very quick to learn and once the user is adept at navigation, it becomes second nature and almost indistinguishable to outside users.”

The glasses will have a low-resolution built-in camera that will be able to monitor the world in real time and overlay information about locations, surrounding buildings and friends who might be nearby, according to the Google employees. The glasses are not designed to be worn constantly — although Google expects some of the nerdiest users will wear them a lot — but will be more like smartphones, used when needed.