StarWars: a 7,500+ Lego-bricks Millennium Falcon? Even Han Solo would be thrilled! 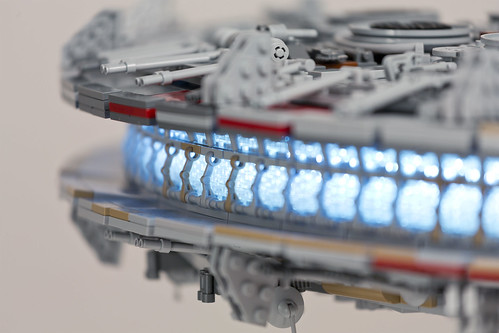 Marshal Banana, the designer and maker’s nickname, posted several nice photos that show how complex the model is – and huge too, 82 cm x 54 cm x 18 cm and weighing in at around 10Kg!
Internal pictures are not available but the cockpit has 4 seats, as expected, and pilot/co-pilot are seen from outside right in place. 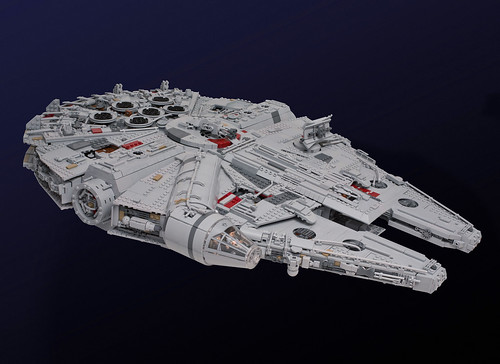 The Force is strong in this Lego model!

This entry was posted in Flickr, Fun, Lego, Star Wars and tagged Flickr, Lego, maker, Millennium Falcon, models, photo, Star Wars, Toys. Bookmark the permalink.
We use cookies to ensure that we give you the best experience on our website. If you continue to use this site we will assume that you are happy with it. - Questo sito utilizza dei cookie che ci aiutano ad erogare i servizi. Continuando la navigazione l’utente accetta le nostre modalità d’uso dei cookie stessi.OkRead more