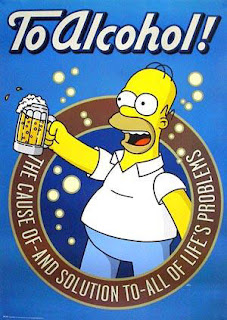 The new Facebook Timeline is likely to break (heavily) into the life of many Britons, beginning the final deadline of December 22nd.

Researchers asked British people to reveal how many Facebook pictures showed themselves drinking alcohol or were taken after consuming alcohol.

The average British person is under the influence of alcohol in three-quarters (76%) of of his or her tagged Facebook photos, according to a new study.

Since Facebook is so social (isnt’it?) it’s quite obvious to think that most people in our friendship list will not be very happy to see you weren’t sober most of the time…

More than half (56%) admit they had drunk photos they wouldn’t want co-workers to see and 8% say their photos might cause serious trouble at work.
Ninety-three percent of respondents have untagged photos deemed too embarrassing.

Only 12% of the 1,781 Facebook users who were polled don’t allow anyone to see their photos, while 58% let friends view their pics. A substantial 26% gave access to anyone.

Ok, this post is done, let’s go back to the Pub!

We use cookies to ensure that we give you the best experience on our website. If you continue to use this site we will assume that you are happy with it. - Questo sito utilizza dei cookie che ci aiutano ad erogare i servizi. Continuando la navigazione l’utente accetta le nostre modalità d’uso dei cookie stessi.OkRead more