The company also revealed that it was adding 1 million new members ever week – the equivalent of one new member every second.

Jeff Weiner, CEO of LinkedIn, said in a statement: “This isn’t just a big milestone for us – it’s also an important one for all of you, our members, who’ve helped build the LinkedIn network. We’re most inspired that by connected talent with opportunity at massive scale, we’re changing people’s lives in meaningful and sustainable ways.”

In a blog post addressed to its members, LinkedIn CEO Jeff Weiner said that the growth is increasingly coming from countries other than the United States.

“Our site is currently used in over 200 countries and territories around the world, with more than half of our users coming from outside of the US,” Weiner said in his blog post. 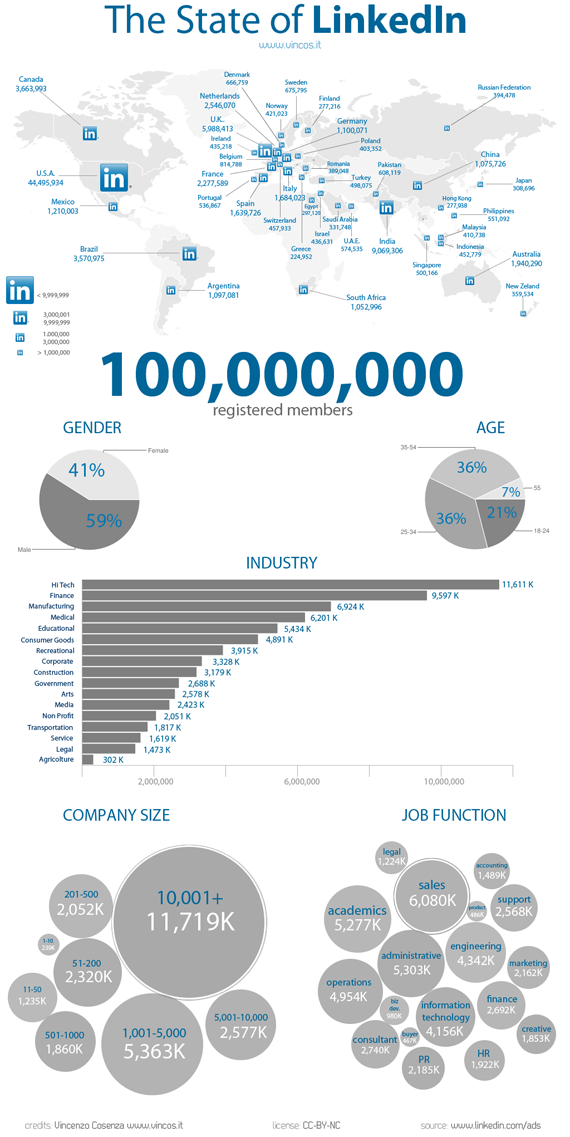 Another cool infographic on Linkedin 100M users achievement on Mashable